The way to financial freedom 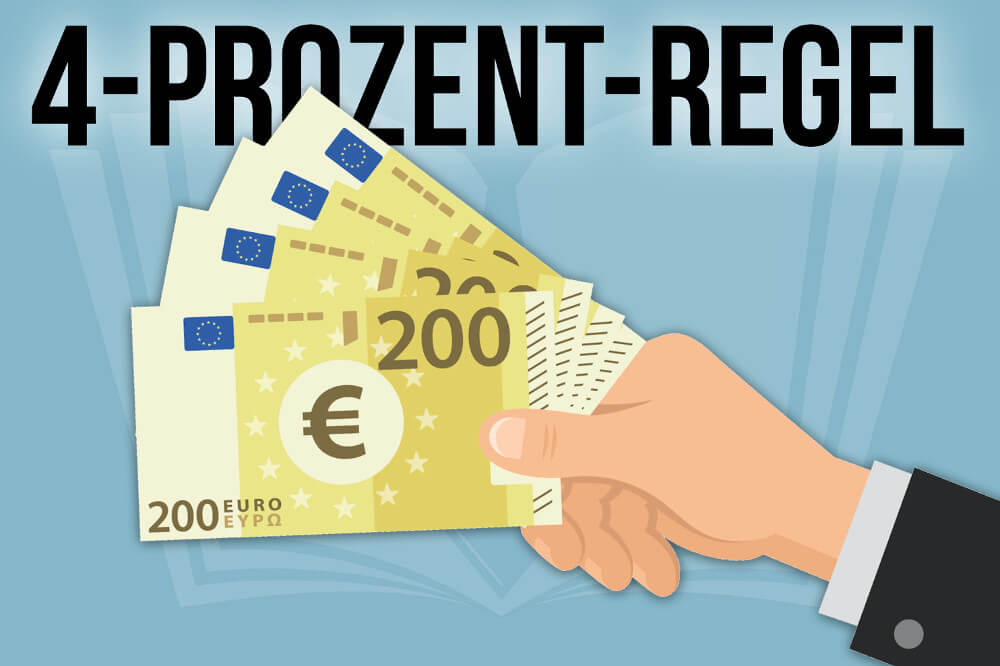 At best, the job is more than a means of making money. After all, it is a large and not entirely unimportant part of life that should contribute to satisfaction and should not be a reason for daily overcoming. But everyone – including those who love their job and do it with passion – has already thought about how much money it would take to stop worrying about finances for the rest of their lives without having to continue working. Leave the job on the nail, only do what you feel like doing and live on the savings. For many a tempting idea and secretly maybe even a dream. With the 4 percent rule you can find out how much money you need in order to have taken care of for the future and to enjoy financial freedom even without further income from a job …

4 percent rule: It depends on how much you spend

A lottery win, no more financial worries, give the boss the resignation with a smile and leave the stress and pressure of the working world behind. A thought that everyone has probably played with before. This can also be seen in the numbers of participants in the lottery – especially when the jackpot has grown again and there is a huge win.

The first question many people ask themselves is: How much money do i needso that I no longer have to work for the rest of my life and be fully financially secure?

500,000 euros, a million or maybe even five million? Opinions on this subject vary widely and it can be very heated discussions arise when different views collide.

One is right simple reason: The disagreements start at the wrong starting point. It doesn’t matter how much money someone has and how big the number is in the account.

The only thing that matters is how much you spend.

Already one simple example illustrates this connection. A million euros in the account is an unimaginable amount of money that can last for many years. Or you can go out, buy two Ferraris, go on a trip around the world, throw a party with liters of champagne flowing and have spent the entire budget in a short time.

It can therefore not be answered in general how much money for financial freedom is needed.

Instead, you have to analyze your personal situation, know how much you are spending and so you can find your very own point that allows you to to live on your savings. The 4 percent rule shows how high this personal account balance is that you need.

The idea seems pretty self-explanatory. If you want to achieve financial freedom and be secure, you need start-up capital that is large enough that you can spend the rest of your life without a monthly salary from your employer cover all expenses without ever running the risk of having used up your savings and suddenly being without money.

Everyone can understand that, but it doesn’t help yet concrete number to name.

But what is this initial sum – how much money do you need to really never go broke? This is exactly the question that the finance and investment industry is quite familiar with Trinity Study occupied. Here, too, the above assumption must be included again, which is why the first question is how much can be spent.

The three professors at Trinity University in Texas tried to find out how much money you had back in 1998 withdraw each year from an existing asset can without going broke.

The result is the said 4 percent rule.

In their research, the researchers invested fictitious assets (in stocks and bonds) over a period of 30 years and came to the conclusion that those who used 4 percent of their savings annually still had money in their account at the end of the period.

In the meantime, the 4 percent rule has been extended over this period, so that researchers assume that the assets will last much longer and maybe even forever with withdrawals of 4 percent per year.

An example helps for a better understanding simple numbers:

Suppose you had 1 million euros in your account at the beginning. Now you could withdraw 4 percent, or 40,000 euros, every year and pay all the costs. In the next year you can withdraw the same amount again – even adjusted to the respective inflation. With an inflation rate of 3 percent, for example, you can withdraw 41,200 euros in the second year (the calculation: 40,000 euros multiplied by 1.03 = 41,200 euros).

It works through the compound interest that you get from investing your money. Instead of making money yourself, let your money work for you.

With a good investment strategy and appropriate returns, the 4 percent rule can even mean that you not only have money left, but that your wealth shrinks more slowly, remains constant or even grows if the dividends exceed the annual expenses.

How much money do I need to never have to work again?

The 4 percent rule can then also be used to determine how big your savings need to beso that you never have to work again and still enjoy financial freedom.

First you need a specific number of expenditurethat you have year after year. These must be covered by a withdrawal of 4 percent. Means in plain language:

You need 25 times as much start-up capital as you spend per year.

Do the math just check it out yourself, take your annual expenses – or something easier to calculate your annual salary and see how much you need according to the 4 percent rule to never go back to work.

In order for the whole thing to work, however, it is a prerequisite that you do not increase your expenses drastically over the years, but rather remain relatively constant. To be even more certain that you never run out of money after this method, you can get one variable version of the 4 percent rule to use. Here you do not withdraw 4 percent from the start-up capital, but from the current assets.

Have your investments one in the first year good return and your account balance has risen from 1,000,000 euros to 1,050,000 euros, even though you have paid off the annual 4 percent? Then you can use 4 percent of this amount in the second year – which corresponds to 42,000 euros.

If, on the other hand, the situation on the financial markets was worse, you may have less at your disposal in the second year than you would through yours thrift but counteract the slack.

Other readers will find these articles interesting: