The world has injected 2.55 billion doses of Covid-19 vaccine 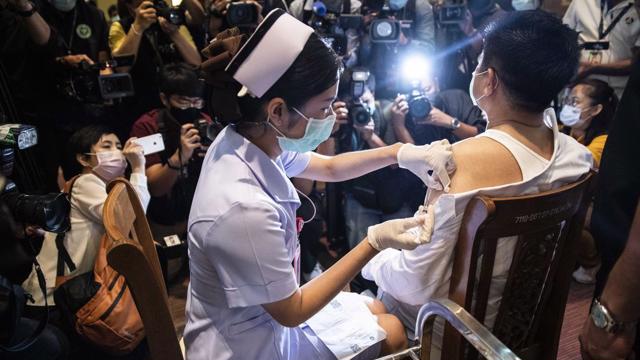 According to data from Bloomberg, as of June 19, more than 2.55 billion doses of Covid-19 vaccine have been injected in 180 countries and territories around the world. This is enough to fully inject about 16.7% of the global population. The latest vaccination rate reached 37.3 million doses/day.

In terms of speed, leading the world is the Indian Ocean island nation of Seychelles with 71.5% of the population having received at least one dose of the vaccine. It is followed by the United Arab Emirates (UAE) with 66.5% and the Maldives with 66.3%.

Israel was the first country to show the effectiveness of nationwide vaccination. The country leads the world in vaccination rates. In February 2021, more than 84% of people over 70 years old in this country were fully vaccinated. As a result, the number of severe Covid-19 infections and deaths in this country quickly decreased sharply. Currently, 58.8% of the country’s population has received at least one dose of the vaccine.

See also  Trump files a lawsuit against Facebook, Google and Twitter, asking to return to the social network

In the US alone, the average vaccination rate last week was 1.36 million doses/day. At this rate, the US may need 4 more months to fully vaccinate 75% of the population.

Globally, at a rate of 37.3 million doses/day, it will take another 8 months to fully immunize 75% of the population. However, analysts predict this rate will likely increase gradually as manufacturers bring more vaccines to the market.